Every abomination to the Lord, which he hates, have they done unto their gods; for even their sons and their daughters do they burn in the fire to their gods.  Deuteronomy 12:31

A Thomas McLellan was born in New York in 1949 and grew up in an age of rapid advances in science and technology which revealed profound truths about the world and promised to relieve man of suffering, cure his diseases, and even resolve the intractable ideological and religious differences at the root of wars and strife.  He earned a PhD in psychology in 1976, and took a job at a Pennsylvania VA to study alcoholism.  There he saw first hand the suffering of the alcoholics in his care, but at the same time witnessed the miraculous effects of the 12 Step programs that were at the time the only known effective treatment.  Though an atheist himself, he realized that these men, when each was given the freedom to choose a god of his understanding, would return to sanity and health, and could support each other in a new life of sobriety and spiritual fulfillment.  The program helped the men understand that that although their disease would certainly kill them, it also gave them lifelong tools to manage their affliction, tools which they could pass on to others still suffering.  Though the moralistic aspects of the program troubled him, he could not deny that the men claimed beyond any doubt the fellowship saved them from certain death.  He found that AA attendance was a prominent predictor of self-reported addictivity, a critical discovery that informed his development of the Addiction Severity Index (ASI), now widely used around the world.

Following this success he moved to Penn, and in 1992 he founded the Treatment Research Institute, dedicated to the advancement of scientific treatments for the spectrum of addictive diseases.  However, nothing could prepare him for the reality of the affliction when his elder son, then 16, started experiencing problems and getting into trouble at school.  Up to that point the child exhibited only the normal misbehavior and rebelliousness of youth, and showed no signs of mental illness, which was the only possible cause of deviant behavior for a child raised in a loving, supportive and enlightened environment like the McLellans.  But he soon discovered the culprit: the boy was addicted to cocaine, alcohol, and pot.  This was a “punch in the gut” for the addiction expert.  Because for all his scientific knowledge, he had no practical experience in treating addiction.  He didn’t know what to do.  After extensively researching his options, he sent the boy for intensive rehab.  The treatment worked: despite cycling in and out of rehab his entire life, he is still alive today — a testament to both the efficacy of addiction treatment and a good doctor’s intuition for saving the life of a gravely ill boy.

Following this personal success, Dr McLellan introduced the concept of addiction as a “chronic, relapsing brain disease” in 2000, in one of the most widely cited JAMA articles of all time, which concludes: “Drug dependence should be insured, treated, and evaluated like other chronic illnesses.”  The groundbreaking research revealed for the first time that the behavior some might call ‘bad’ or ‘naughty’ or ‘sociopathic’ is actually a symptom of a brain disease.  In this age of Modern Science we can no longer rely on outdated moralistic religious concepts.  He explains: “Let’s face it: People with addictions do bad things.  They’re bad because the brain structures and functions that are specifically targeted by abuse screw up motivation, reward and learning.”

McLellan had stumbled upon a profound truth that had eluded the greatest philosophers of all time: it resolved the age-old problem of Good and Evil and exonerated his parenting skills, all without impugning his child’s innocence.  Not surprisingly the scientific advancement was met with stiff-necked resistance by neo-religion fascists and right wing bloggers.  But the theory was completely vindicated with the discovery that Hitler’s genocidal rampage was actually caused by an addiction to meth.  In honor of his achievement, McLellan is now an acclaimed “Higher Power” at 12 Step programs around the world.  Still, despite the genius of his discoveries and the success of these fellowships, the Good Doctor could not yet state with certainty which adjunct treatments were most effective.

In May 2008 his elder son was back at the Betty Ford Center to fine-tune his sobriety (from alcohol and coke) when his younger son Bo died unexpectedly of an intentional overdose of alcohol and antianxiety medications on the night of his graduation from college.  Though he hadn’t previously been diagnosed with an addictive disorder, addiction runs through McLellan’s wife’s family.  The ‘family disease’ had struck again – and again it earned its ‘cunning and baffling’ reputation – especially considering that the boy was the son of McLellan’s previous wife.

Dr McLellan suspected that the disease had a contagious component, so he began to investigate possible vectors of infection.  Then suddenly he received a call from the new Vice President Joe Biden, who had recently introduced the “Recognizing Addiction as a Disease Act of 2007” which proposed renaming NIDA the “National Institute on Diseases of Addiction”.  The bill was stymied in the House, and he thought that McLellan was the right man to push it through. 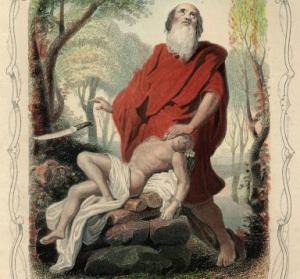 “It seemed like a sign from God,” McLellan remarked, and quickly accepted the job as Deputy Drug Czar.  Although he held the position for only a year, he can take credit for the inclusion of health parity for addictive disorders in the ACA.  Now addiction can be managed as an “incurable chronic disease” like diabetes.  As for Biden, although his bill ultimately failed, his son Hunter’s highly publicized discharge from the military vindicated the disease theory: the compulsion to use is so strong that the addict cannot abstain even for just 2 days a month, and even if the drug use would disgrace his family and scuttle his father’s presidential bid.

Now McLellan is back at TRI and his mission is to promote early intervention for drug and alcohol use so that other families need not experience the devastation of addiction like he did.  He and his professionally accredited colleagues have discovered amazing new medical facts about addiction:

But then something happens in the brains of about 10 percent of those who use — we don’t yet know exactly all that happens in those brains but for sure there is triggering of genetic expression, and likely induction of immunologic reactions. We know that those biological changes have primary effects in the brain especially in the areas responsible for governing judgment, inhibition, motivation and learning. We do not yet know why some drugs produce these effects in some people. But we do know two things for sure. Nobody — nobody — has their first drink in order to become an addict. And we know for sure that the brains of those who become addicted are very different from the brains they started out with.

Their research may vindicate the Big Book’s long-disparaged claim that craving is caused by an allergy, and ultimately even Bill Wilson’s divinely inspired 12 Steps themselves, perhaps the most important ‘message from God’ since the 10 Commandments.  But AA is not religious, McLellan explains: “AA is for anyone who has a substance use problem.  There is no requirement for religious or even spiritual involvement in AA.”

McLellan laments that until now, addiction treatment has been unappreciated and underfunded.  But he gets excited about recent advances in treatment programs for addicted physicians and pilots, which show great promise due in part to heightened oversight by the professional community and required attendance in 12 Step programs for 5 years or more.  He believes that this success can be replicated in public treatment programs such as Phoenix House, a nationwide operator of 12 Step based centers run by his wife, Deni Carise.

Although these advances come too late for his son, he looks forward to the day when parents understand addiction as a chronic, relapsing, progressive brain disease (not simply a lie as cover for mischief), and they need no longer sacrifice their own children to the evil forces of drugs and alcohol.

And God said, “Lay not thine hand upon the lad, neither do thou any thing unto him: for now I know that thou fearest God, seeing thou hast not withheld thy son, thine only son from me.” – Genesis 22:12