Some people think that addiction is a moral failing, while others are certain it is a progressive disease of the brain. In fact it is neither: addiction is a built-in compulsion with roots in adverse childhood experiences that is triggered chemically by drugs and alcohol later in life. Excessive drug use is not in itself a bad thing – it is just a ‘short-circuit’ attempt to restore the mind to its natural state of symbiosis and equanimity in society, even if the material ‘price paid’ is very high. If not caught in time, however, the compulsion takes on a life of its own and can spiral out of control – resulting in overdose, death, or worse.

To understand what is going on, we must first review some basic neurophysiology. Every thought or idea we have leaves a tiny chemical trace in the brain, and each of these traces creates physical connections between neurons: dendrites & synapses. These changes are permanent, and they build up over a lifetime. Everything you learn, such as the name of a friend, the turns in the road of the way home, the pythagorean theorem, a chemical reaction, or a belief in religion or political ideology, is indelibly imprinted into your gray matter – even if you claim not to know.

Human nature is fundamentally good (religious teachings notwithstanding). However, it can be corrupted by early childhood experiences such as trauma and harsh discipline (sometimes referred to euphemistically as ‘tough love’). Many people turn to drugs in an attempt to self-medicate and restore the brain to its natural state of comfort and happiness. A lucky few can do this for an entire lifetime without serious consequences. But most who attempt this strategy find that they are unable to stop using drugs/alcohol, sometimes forcing them to have unprotected sex or to commit crimes, and the problematic use continues at the expense of their job, relationships, and even their health. In severe cases, they may even cause the death of others. How do things go so wrong and is there any way to return to health and stability before the damage is done? Fortunately the answer is “Yes”. 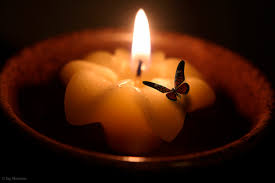 To understand this, we must keep in mind that our brains are ‘pre-programmed’ with the firmware to be happy. Yet the brain is ‘rewriting’ its own code all the time with new neural connections. You can start to see the problem: a fundamental incompatibility between a corrupted or degraded mental state and the brain’s own homeostasis. Drug addicts, who are predisposed to focus on their internal intellectual and emotional life, start to lose touch with the physical world around them.  They do whatever it takes to emancipate themselves from the hell of self-judgment, even engaging in crime and neglecting their own children to get the drugs they believe will help them.

The End is Nigh

And now for some basic astronomy: Stars run on nuclear fusion: converting hydrogen to helium. What happens when they run out of fuel? Small stars will collapse into a ‘brown dwarf’, never to be heard from again. A special few, if sufficiently massive, will implode into themselves triggering another explosion so strong it causes a supernova that can be seen throughout the universe – sometimes they are even brighter than the star’s own galaxy – which is composed of billions of other similar stars. The explosion leaves an inner mass known as a ‘black hole’, which has a gravitational field so strong that nothing can escape it, even light. (A similar process fuels a nuclear bomb – in which a smaller explosion compresses the fissile material to ‘critical mass’.)

Similarly, a drug addict will eventually ‘run out of fuel’, which is the state where their brain is sufficiently close to enlightenment that drugs are no longer needed (“they no longer worked for me”), but the addict is so stigmatized by society due to their behavior that they have no other options. The brain rewires itself in increasingly convoluted and unpredictable ways in an effort to apprehend itself – but this is a physical impossibility.   It knows not what it is capable of. This is the essence of Marxian ‘active plasticity’.  Like a moth to the flame, the compulsion may trigger one last ditch but doomed attempt. The result is a quantum collapse – a singularity – from which no thought can escape.

Fortunately there are many ways to assist people caught in the throes of a drug addiction. First of all, a mutual support group like the 12 Steps can help people discover the spirituality that may restore the sense of rightfulness that was stolen from them as children. Despite all the recent critiques of the 12 Steps, this is one area where the group is indisputably effective. To achieve this, the addict must first accept that they simply cannot transcend consciousness – they are not god.  Instead, they must choose a ‘Higher Power’ onto which the addict can shift the impossible burden of consciousness-of-consciousness. The essence of treatment is acknowledgment that he knows much more than he can ever admit – even to himself.

The addict may find solace in mindfulness, a set of techniques which foster acceptance of the brain’s predicament, or Buddhism, whose wise, ancient sages formalized the practice. Similarly, Islam teaches love and acceptance, and thus also provides a solid foundation for recovery, even if it has fallen into disfavor recently as radicals have perverted its ideologies. Whereas the heavy-handed morality of Judaism and Christianity induces guilt and shame, and tend only to exacerbate drug problems.

Medication assisted treatments such as Vivitroll may also be effective in limiting the brain’s compulsion to rewire itself in maladaptive ways.

But of course, it’s far better to prevent drug problems before they start. Recent scientific evidence suggests that children who suffer abuse and trauma, or who have impulse control disorders, are at higher risk for addiction. These children can then be taught that they are predisposed to problematic use, and thereby they and their loved ones can be on the lookout for addictive tendencies and provide early intervention and treatment. In this way, the problem can be nipped in the bud.

Parents of such unfortunates must avoid ‘tough love’ and harsh discipline at all costs, and instead provide a safe, loving, and non-judgmental environment for their children so that they can be emotionally resilient – reinforcing the fragile neural networks representing self-esteem within the brain. As a society we must provide social services and supports for families who cannot do so on their own – otherwise we will have to deal with an entire generation of drug addicts, and their self-perpetuating cycle of crime and family neglect.

We can now also begin to understand the appeal of Donald Trump. Our country is facing challenges and tough times. But he reminds us that our greatness as a country derives from our goodness as humans by virtue of being American, and that we face many existential threats both foreign and domestic. Central to his campaign is the promise of the Wall, which will staunch the flow of heroin coming from Mexico and addicting our children. People realize that such measures are necessary to stave off the ‘singularity’ of certain destruction that faces the country.

And we can understand why addiction has been so misunderstood throughout the ages, and mistaken for both a character defect and a disease. It is in fact the turning-inward of the brain in a misguided attempt to restore itself to sanity, but can be effectively treated by belief in a higher power. Of course, it’s best to prevent triggering the compulsion in the first place.  Through proven, effective strategies of early intervention and treatment we can look forward to a society free of the scourge of addiction.

4 thoughts on “Addiction: The Compulsion is Real”